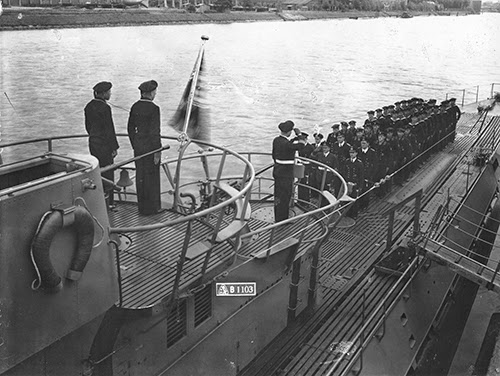 On May 5, 1945, just days before Germany surrendered in World War II, the U.S. merchant ship S.S. Black Point was steaming from Newport News Virginia to Weymouth, Massachusetts. Suddenly, German U-boat U-853, attacked and torpedoed the Black Point just a few miles off the coast of Rhode Island. The Black Point sank in minutes, taking 12 men to their deaths; 34 men were rescued. 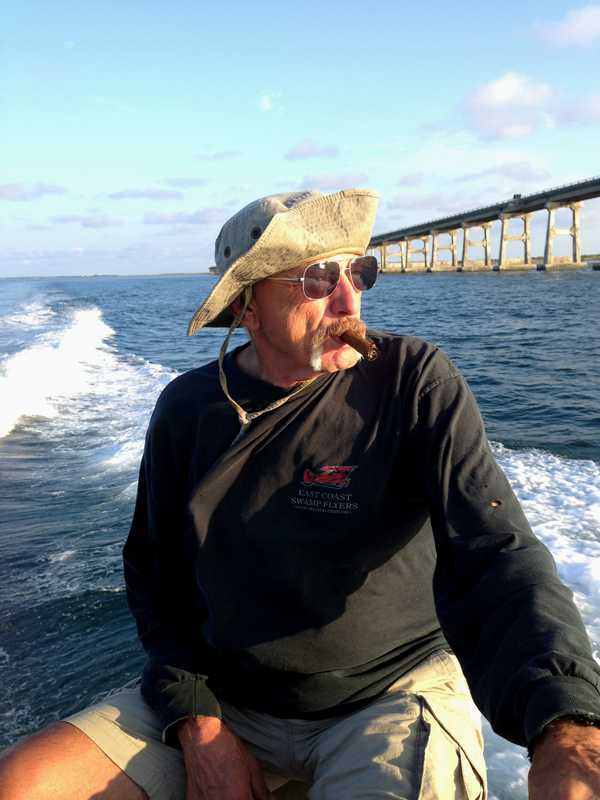 The incident left many unanswered questions. One man, Captain Bill Palmer, a former Army paratrooper, Coast Guard licensed captain, and deep sea explorer, has been searching for answers for more than 30 years. His interest in the history of the U-853 became the subject of the book he authored entitled, The Last Battle of the Atlantic. Palmer partnered with award-winning editor and videographer Gregory Pettys of Westerly, Rhode Island, to produce the documentary, Last Voyage of the U-853. The documentary premieres on Rhode Island PBS Sunday, December 28 at 6 p.m. as part of Rhode Island Stories.

There are many mysteries surrounding the U-853, questions that drive Captain Palmer’s exploration. Why did the U-853’s young Captain Helmut Frömsdorf attack and sink the Black Point instead of surrendering as ordered? What was the U-853’s mission? Did she carry secret weapons as many at the time thought, or gold and mercury as some surmised? Why did she attack against orders in less than 200 feet of water and only a few miles from a US destroyer base? After the attack, why not try to escape the area at flank speed?

For U-853, not escaping was a fateful decision. It would be about an hour before the first of the U.S. warships could get there, but even then the sub was still hugging the bottom only eight miles from where the Black Point went down. A total of 11 Navy and Coast Guard ships arrived and immediately set up a barrier force, while initiating a sweep search with echo ranging that started at the northern tip of Block Island. The U-853 was eventually located and destroyed, killing the 54 men aboard.

Last Voyage of the U-853 chronicles some of Captain Palmer’s undersea exploration of the sunken wreck. Captain Palmer is searching the interior of the U-boat to try and find the log book. Finding the log could help solve many of the mysteries surrounding the U-853. Captain Palmer knows that navy divers never found it back in 1945, partly due to the danger from unexploded depth charges surrounding the U-853. It’s been estimated that more than 15 tons of explosives were used to sink the submarine and at least two men have died in attempts to explore the wreck, so the dive is not without danger.

“It’s taken a couple of years to put the story together but it was a great experience,” said Mr. Pettys. “When Captain Palmer goes inside the U-boat over 130 feet down and you see remains of some of the crewmen who went down with the ship, it’s really incredible footage,” he said.

“I cannot understand why Captain Frömsdorf torpedoed the Black Point one day before the war ended,” Captain Palmer mused. Palmer quotes from the account of Hans Gerbler, the radio operator on the U-505, who felt Frömsdorf was young, ambitious, and put his crew at great risk for his own personal gain. “‘I remember what the first commander of the U-853 said to Frömsdorf before we left. They are all good boys, make sure you bring them home.’ And here they sit to this day, in 130 feet of water off the coast of Rhode Island, waiting to go home,” Palmer concluded.


About Captain Bill Palmer
Captain Palmer learned to dive after the Vietnam War. After leaving the army with $300 dollars in his pocket he bought some dive gear and a paperback book at Caldors on how to dive. He is now recognized as an expert wreck diver. Captain Palmer has lectured at numerous colleges and universities, including the United States Coast Guard Academy. Captain Palmer’s awar-winning undersea video work has been seen on many major television networks. Recently, Captain Palmer was interviewed by director Peter Weir (Master and Commander) about his role in the book Shadow Divers, soon to be made into a major motion picture.