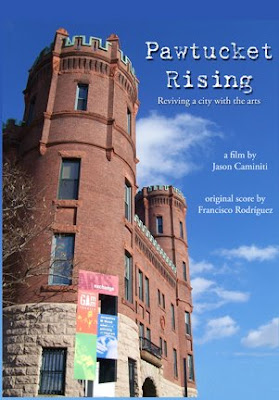 Like a phoenix rising from the ashes to live again, so is Pawtucket Rising. In fact, that's the name of the new documentary by local filmmaker Jason Caminiti about the historic city's renaissance. WSBE Rhode Island PBS will air the film on Thursday, January 22 at 10 PM and on Saturday, January 24 at 7 PM on channel 36, digital 36.1, Dish 7776, DirecTV 36, and on cable channel 8 in RI (Massachusetts cable subscribers should check their cable listings for the local channel number). 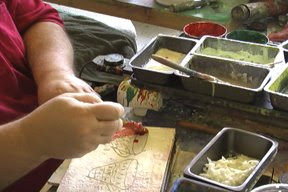 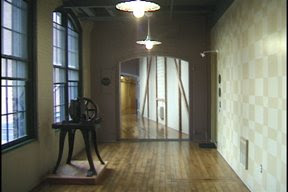 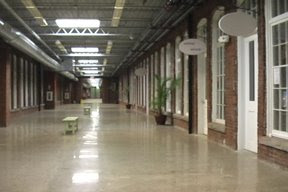 It was bound to happen sooner or later. In fact, it's surprising it hasn't happened sooner.

The WSBE analog transmitter on Neutaconkanut Hill near Johnston died quietly overnight yesterday. May it rest in peace...

It certainly earned its rest. The transmitter is about 23 years old. It was the last transmitter made by RCA. Parts? They haven't been manufactured in years, and it's been increasingly impossible to find spare parts from relic transmitters. Our repairs have been made by creatively adapting or modifying similar parts - an art in itself to be sure.

But we were hoping it would hang in there for just one more month - until February 17, the date all TV broadcasters switch off their analog transmitters forever. But instead of chugging on to enjoy an official, dignified demise, the ol' transmitter unceremoniously kicked the bucket a little prematurely.

The transmitter needs a cooling unit to operate. The cooling unit circulates about 30 gallons of distilled water. Even when the transmitter is turned off every night, a pump keeps the water moving. Sometime yesterday - one month before our official scheduled shut-off - the cooling system developed a deadly leak. Powered by the pump, the water leached out of the transmitter, in what is known as a "catastrophic failure."

Despite the gloomy prospect, our engineers looked for solutions to get us up and running again. Estimates were it would take a minimum of two weeks to fix (including the hunt for parts and then repairs), and at a conservative cost of $2,500. That's a lot of money, and simply not justifiable with only 30 days left on analog transmission. That is a catastrophic failure with no recovery.

If you're seeing that annoying hissing broadcast snow on channel 36, you don't have your analog-to-digital converter box hooked up yet. What are you waiting for? We and all the local broadcasters - WJAR-10, WPRI-12/Fox-64, WLNE-6 - have been broadcasting digital for well over a year.

How do you get back your favorite Rhode Island PBS programs? Get a digital-to-analog converter box and connect it to your analog TV set. The converter box is a one-time purchase. (You may also want or need an antenna to boost your signal.) You can also opt to subscribe to digital cable or satellite service, or buy a new TV with a built-in digital tuner. These are the same options from which you must choose by February 17th anyway. The early death of our transmitter is just an added incentive to take action NOW.