Buying a book, music CD, or movie for this weekend? Here's a great idea and painless way to support Rhode Island PBS by doing something you plan to do anyway.

On Thursday, April 2, all three Barnes & Noble Booksellers in RI will host a "Bookfair" to benefit Rhode Island PBS. The B&N Bookfair starts at 9 AM and runs all day through closing at 10 PM in the Warwick, Smithfield, and Middletown Barnes & Noble stores.

The way it works is simple:

2. Take it with you to your local Barnes & Noble store

4. Present the voucher at the register and a portion of your purchase will be donated by Barnes & Noble to Rhode Island PBS.

That's it! Use a gift card or your B&N membership card for discount savings! The restrictions are minimal: purchase of textbooks, magazine subscriptions, or gift cards are not eligible.

Also, vouchers must be printed beforehand and brought with you to the store; no vouchers will be distributed in the stores. Feel free to pass vouchers along to family and friends, too! There's no limit to the number of vouchers you can pass around.

As a thank you for your support, there's lots of fun in store (pardon the pun)!

For the kids, Clifford the Big Red Dog and Martha from Martha Speaks will visit the Smithfield and Warwick stores; sing along with Grammy winner Bill Harley; play in Bananagrams tournaments (ages 7 and up), hug or high-five Tunes the Turtle from Coast 93.3 Kidz 'n' Family Club.

Check the times and locations of all these activities on the RI PBS Kids Club calendar.

Liquid Assets under your feet

Beneath our feet runs the unseen, complex network that powers our lives. And it's crumbling.

A Lively Experiment for Sunday 3/29

Here's what's up for discussion on Sunday, March 29 at noon on A LIVELY EXPERIMENT

On The Lake: Life and Love in a Distant Place March 25th 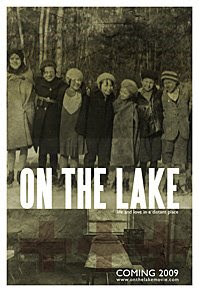 Told with never-before-seen footage and stills, and the on-camera accounts of TB survivors – including Barbara Parkos of Newport; Emily Martineau and Sheila O'Brien, both of Harrisville; John Lynes of Pascoag; Russ Denham, who summers in the Ocean State winters in Florida; and 80-year-old Frank Beazley, who has been a patient at Zambarano for almost 42 years – ON THE LAKE makes its television premiere WSBE Rhode Island PBS at 8 PM on March 25 (digital 36.1; Cox, Verizon, Full Channel 8 in RI; MA cable subscribers should check local listings for channel number; DirecTV36; Dish 7776).

Even before it premiered on the big screen on February 13, the film had already become part of a worldwide initiative to stem the epidemic rise of TB and has been recognized by the Stop TB Partnership, a Geneva, Switzerland-based healthcare organization that includes members of the World Health Organization, the US Centers for Disease Control and Prevention, and the US Agency for International Development.

It's almost here. THAT deadline.

You know the one. The one you jump on early if you expect a refund, or ignore to the last minute if you think you owe.

Call in and have your tax-related questions answered by members of the Rhode Island Society of Certified Public Accountants.

During the two-hour telecast, the on-air panel will discuss every aspect of tax preparation, and new rules and regulations. Panelists include:

SHOULD POLICE INTERVIEWS USED IN COURT ALWAYS BE RECORDED

Here's the line-up for tonight's A LIVELY EXPERIMENT at 7 PM. If your subscription feed arrives too late to watch tonight, you can always catch the re-broadcast on Sunday at noon!

THE RACE: Why David Cicilline and Steve Laffey Will Not Run for Governor

THE NAME: Senator Almeida's bill to change the name of the State of Rhode Island and Providence Plantations

A Lively Experiment, Tonight and Sunday 3/8

And THIS from The Providence Journal:

"The spotlight will be on diner food tonight at 7 when Channel 36 presents New England Portrait: The History of New England Diners.

The documentary focuses on the Hope Diner in Bristol, Champ’s Diner in Woonsocket, Bishop’s Diner in Newport, Shawmut Diner in New Bedford and Miss Worcester in Worcester, with a side trip to the Haven Brothers Diner in Providence. Owners and patrons add anecdotes and Richard Gutman, director and curator of the Johnson & Wales Culinary Arts Museum, provides historical background.

Channel 36’s 'Night of Nostalgia,' as the PBS station is calling it, doesn’t end with scrambled eggs, home fries and coffee. The diner show will be followed at 7:40 p.m. by filmmaker Jim Karpeichik’s Rhode Island’s Historic Lighthouses, a look at all 30 of the Ocean State’s lighthouses, with stories of tragedies and heroism, buildings lost and restored."

[Thanks so much for the coverage, projo! But... I sure would appreciate your writers giving at least one nod per article to the name we've had since 2003: Rhode Island PBS.]

This late-breaking news from P.O.V. and PBS:

Documentary fans will have the opportunity to see award-winning P.O.V. films again — or discover them for the first time — in a new, free, monthly online series.

Groundbreaking documentaries from P.O.V.’s 21 seasons on PBS can now be seen in their entirety for a limited time on the series’ Webby Award-winning website, www.pbs.org/pov.

Among the films on view are American Aloha and My American Girls, at www.pbs.org/pov/videos.html.

In March, P.O.V. will stream Sweet Old Song in honor of the centennial of the late Howard "Louie Bluie" Armstrong. P.O.V. (Point of View), which begins its 22nd season on PBS in June 2009, is American television’s longest-running independent documentary series and the winner of a Special News & Documentary Emmy Award for Excellence in Television Documentary Filmmaking.

ABOUT THE FILMS:
American Aloha: Hula Beyond Hawai’i, by Lisette Marie Flanary and Evann Siebens, premiered on P.O.V. in 2003 as part of its Diverse Voices Project and can be seen online until March 7, 2009. For Hawaiians, the hula is not just a dance, but a way of life. While most Americans know only the stereotypes of grass skirts and coconut bras, the hula is a living tradition reflecting the rich history and spirituality of Hawai'i through music, language and dance. American Aloha discovers a renaissance in California by following three master hula teachers. Revealing the survival of Hawai'i's indigenous culture from near-destruction, the film is a reminder of the power of reclaiming tradition. An Independent Television Service (ITVS) and Pacific Islanders in Communications (PIC) co-presentation.

Celebrating Dominican Independence Day on Feb. 27, P.O.V. is currently streaming Aaron Matthews’ My American Girls: A Dominican Story until April 2. In vivid vérité detail, the 2001 film chronicles the joys and struggles over a year in the lives of the Ortiz family, first-generation immigrants from the Dominican Republic. Following the hard-working parents who imagine retiring to their rural homeland and their fast-tracking American-born daughters, the film captures the rewards—and costs—of pursuing the American dream.

From March 2–May 2, P.O.V. is proud to present Leah Mahan’s Sweet Old Song, which premiered in 2002. Howard "Louie Bluie" Armstrong, who passed away on July 30, 2003 (one year to the day after the P.O.V. broadcast), was a performer for most of his 94 years, from the time his father carved his first fiddle from a wooden crate. At the film's center are the two great loves of Howard's life: his music and artist Barbara Ward, then age 60. This is the story of Armstrong and Ward’s two-decade courtship and marriage, a unique partnership that inspired an outpouring of art and music. Their creative work drew on nearly a century of African-American experience, beginning with Armstrong’s vivid stories and paintings of his childhood in a segregated town in Tennessee. As the couple took on life’s challenges, they defied our most basic assumptions about what it means to grow older.

In 2003, Howard was able to return to his home state of Tennessee one last time to receive the Governor’s Award in the Arts. He would have turned 100 today - March 4, 2009. Happy Birthday, Howard!