December is chock full of Christmas specials, including Christmas episodes of regular series. In the beginning of the month, to thank our loyal supporters and encourage other viewers to become new members, WSBE proudly presents a number of nostalgic and contemporary musical specials.

Why is membership so important? Because all of that terrific, unique programming you enjoy all year on WSBE (programming you will not see on other PBS stations) is only made possible by your financial support directly to WSBE. Donations to any other PBS station do not benefit WSBE. We are all independently owned and operated, no matter how close we seem geographically.

If you become a member in December, you get two thank-you gifts (hence the "Christmas Presents" in this blog's title). Keep one or both for yourself or give to someone else: Christmas Lights DVD and a gold-tone snowflake ornament from Adornment by Campany & Thornton Fine Jewelry in South Kingstown. 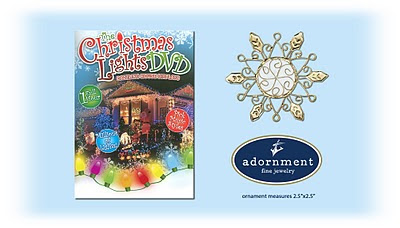 On Monday, December 6 at 7:30 P.M., join us live in the studio (that's always fun!) as we present memories of Christmas Past: 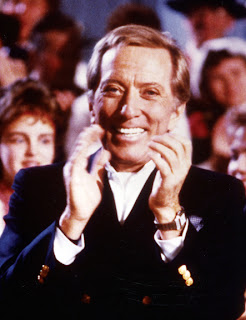 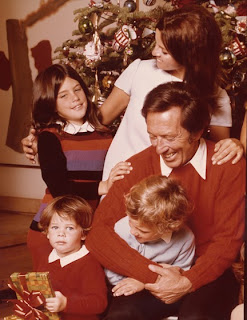 HAPPY HOLIDAYS: THE BEST OF THE ANDY WILLIAMS CHRISTMAS SHOWS features classic clips of various Christmas specials from The Andy Williams Show. Filling homes with seasonal cheer, the specials became a cherished holiday family tradition. The digitally re-mastered production numbers are complete with magnificent sets and costumes and a cast of singers, dancers, and skaters. Quintessential moments include Williams’s solos of “Silent Night” and “Ave Maria,” as well as performances with his brothers for “I’ll Be Home for Christmas” and with the Osmonds for “Silver Bells.” Interviews with Williams, and Bobby and Donny Osmond are interwoven with the show clips.

If you miss the first broadcast, look for re-broadcasts on Thursday, December 9 at noon, and Friday, December 10 just after midnight, at 12:30 A.M.

As for Christmas Future? Well, with such youth among the members of Celtic Thunder, I figure fans can look forward to years of future Christmas specials from these performers. *smile*

The heart-warming new CELTIC THUNDER CHRISTMAS features holiday standards such as “It’s Beginning To Look A Lot Like Christmas,” “Let It Snow,” “Winter Wonderland” and “Silent Night” as well as a few specially-written originals, “Going Home For Christmas," “Christmas Morning Donegal” and “Our First Christmas Together." Filmed in Poughkeepsie, NY, in front of a live audience, Irishmen Damian McGinty, Keith Harkin, Paul Byrom, Ryan Kelly, and Scotsman George Donaldson of Celtic Thunder bring together their affinity for a great popular song with outstanding live performances, pay homage to cherished holiday favorites. The show is a holiday celebration for all the family, performed with Celtic Thunder magic. CELTIC THUNDER CHRISTMAS airs after HAPPY HOLIDAYS: THE BEST OF THE ANDY WILLIAMS CHRISTMAS SHOWS special: Monday, December 6 at 9 P.M., with on Thursday, December 9 at 1:30 P.M., Friday, December 10 at 2 A.M. and 8:30 P.M.

Happy Thanksgiving, but there's a new episode of A Lively Experiment for Sunday, 11/28

From all of us at A Lively Experiment and WSBE Rhode Island PBS, we hope you enjoyed a bountiful Thanksgiving... and that any debates about politics were kept to a minimum at the dinner table.

Although our panelists enjoyed Thanksgiving with their families (and we aired special programming on Thanksgiving evening), the panelists did come in to the studio at another time to tape a new episode of A Lively Experiment for broadcast on Sunday at noon.

Here's who gathered around the table, and what they served:

This Thanksgiving, go to the CIRCUS! 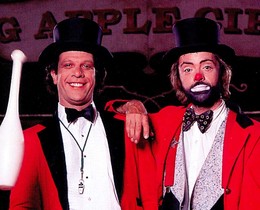 So, how are you enjoying CIRCUS so far? The final two episodes are coming up...

What? You haven't seen it yet?

After the Thanksgiving feast is done, and before the pie is completely devoured, join the legendary Big Apple Circus. It's an unforgettable journey from the big top to the "back lot," where nail-biting drama unfolds both high in the air and down on the ground, and the real heart of the circus beats.

CIRCUS goes behind the scenes to explore a distinctive world with its own rules and lingo and no fixed address. The documentary reveals the sights, sounds, and stories of the fascinating cultural legacy of the circus in unprecedented breadth and scope. Escape into a place of passion, excitement, perseverance and even heartache. From the training and rehearsals to the bravery and the intensity of life - and work - in the circus, the cameras capture it all. And you have a front-row seat, as members of the Big Apple family experience life-changing moments.

"It's so difficult finding a kindred spirit these days." 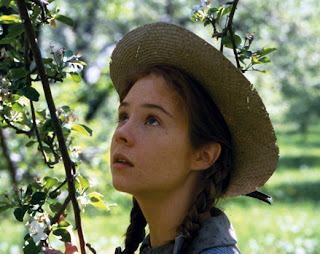 It was many years ago, in 1986, that I first saw that wisp of girl with infinite fiery spirit under a shock of red hair burst upon the lives of an elderly couple of siblings to "help" on their farm. I, like millions of others, was immediately captivated, and tuned in for each episode of the series, Anne of Green Gables.

This Thanksgiving weekend, back by popular demand, the award-winning Anne of Green Gables will be shown in its entirety - all four hours - in a mini-marathon of charming storytelling. The film is based on the book of the same name by Canadian author Lucy Maud Montgomery and stars Megan Follows as the title character, Colleen Dewhurst as Marilla Cuthbert, and Richard Farnsworth as Matthew Cuthbert.

You might also like to visit this Web site by Sullivan Entertainment - the production company that brought us Anne of Green Gables. Producer Kevin Sullivan is seen in several short behind-the-scenes videos, and there are teasers trailers you might find interesting! 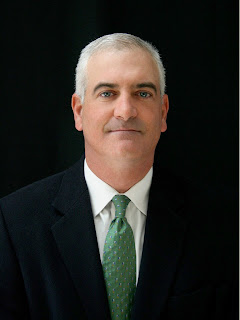 PROVIDENCE, RI – (November 22, 2010) – David W. Piccerelli of Barrington, RI, has been named president and chief executive officer of WSBE Rhode Island PBS. Michael B. Isaacs, chairperson of the Rhode Island Public Telecommunications Authority (RIPTA), made the announcement after the board voted to approve Piccerelli's selection at its meeting on November 18. The Authority is the governing body that owns and operates WSBE and holds the broadcast license for its two channels: Rhode Island PBS (digital 36.1) and Learn (36.2).

"The board's unanimous decision demonstrates our confidence in David’s leadership," Isaacs said. "David has the right combination of management skill and business acumen, as well as a clear appreciation and enthusiasm for the station's mission. It's that balance of qualities that impressed the board, and will serve the station's best interests now and into the future."

Mr. Piccerelli joined WSBE in 1998, and was promoted to vice-president and chief financial officer in 2003. He has been serving as acting president since March, when the station's former president, Robert Fish, left the position on extended medical leave. Mr. Fish passed away in July.

Isaacs said the vacancy was advertised nationally. The Authority's search committee screened some 24 applicants – including a number from within the PBS system - interviewed candidates and narrowed the field. Isaacs noted that Mr. Piccerelli's familiarity and experience in the station's day to day management were advantages, but Isaacs said the board was most impressed by Piccerelli's competence and commitment. "David successfully demonstrated to the search committee and the board that he understands the station's important role in education, in the community, and in delivering uniquely Rhode Island programming and services to the residents of our state."

"I am honored to have been chosen," said Piccerelli. "My two predecessors were local broadcasting legends, who left indelible marks on the station," he said, referring to Susan L. Farmer, WSBE's president for 17 years, and Bob Fish, who was a commercial radio and television executive before joining the station in 2005.

"The broadcast media landscape continues to change rapidly," observes Piccerelli, who shepherded the station's complex multi-year $3.8 million conversion from analog to full digital broadcasting in 2009. "WSBE has been Rhode Island's source for educational media for 43 years. But it's not just about great television anymore. It's about expanding the traditional definition of education and moving existing programs and services in new directions – on-air, online, and in the community."

Piccerelli said the station's greatest limitation has only ever been financial, not a lack of innovative ideas and talent among the staff. "We've faced many obstacles and challenges over the years, and have always emerged stronger and better than before. I see enormous opportunity for expanding educational media on various platforms. I'm excited to lead WSBE into this developing frontier, while preserving our distinctly local identity," Piccerelli said.

A Rhode Island native and Barrington resident, David W. Piccerelli holds a BS in Accounting from Bryant University. Mr. Piccerelli serves on a number of professional public broadcasting committees and associations. Prior to joining WSBE, Mr. Piccerelli was vice president and manager of the mergers and acquisitions division at Centerbank in Waterbury, Connecticut. His previous position was vice president and corporate secretary at Capital Strategies Group, Inc., in Providence.


Mr. Piccerelli is also an avid golfer, and serves as treasurer on the board of the Brad Faxon Junior Golf Foundation, and president of Rhode Island Country Club.

Can't get to the TV? Watch the episode online anytime and anywhere on our YouTube channel. Episodes of A Lively Experiment are generally available for watching on the next afternoon. Subscribe to our YouTube channel, and YouTube will notify you when a new episode is uploaded.

RI Society of CPAs: Prepare by December 31st to Save Taxes on April 15th 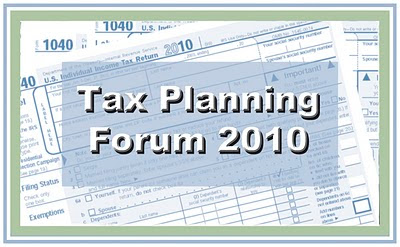 Yes, the filing deadline is five months away. But do you know what to do now to prepare for April 15th? You will, thanks to the Rhode Island Society of Certified Public Accountants. Each November for more than 20 years, the Rhode Island Society of CPAs presents relevant tax code updates and essential information about what to do by December 31st to save money - and avoid pitfalls - when filing income tax returns. Subject areas include income, business, gift and education taxes. Also, representatives from the Rhode Island Division of Taxation discuss various changes in this year’s state tax laws.

I love discovering new things, especially when they are unexpected. Today, I might say a discovery found me.

It isn't exactly new. In fact, it's something quite... not new. It's a pilot episode of a cooking show, Be My Guest, produced by Carolyn Horan, in association with WSBE... in 1991!

This vintage gem features Chef Michael Dupre, the personal chef to Janet Auchincloss (mother of Jacqueline Kennedy Onassis) at her Newport home, Hammersmith Farm, in the 1980s. In Be My Guest, Chef Michael prepares an elaborate meal fit for a... President. Hammersmith Farm was also known as the "summer White House" during President John F. Kennedy's term.

The episode is also a stark reminder of how much cooking shows have changed and how impatient we have become, especially when consuming electronic media. By today's standards, the episode is slow-paced, even though Chef Michael never stops. I guess it's the result of bombardment by 15-second commercials, 30-second news bites, and skim and skip blog reading. Be My Guest definitely invites a more leisurely pace to savor the experience.

Here is the vintage pilot episode of Be My Guest. 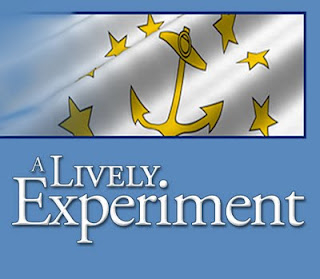 Panelists review of the Rhode Island and U.S. mid-term elections.

Posted by WSBE Rhode Island PBS at 9:58 AM