If you listen closely - beyond the sound of ghostly Halloween moans and Thanksgiving turkey gobbling - you might notice the faint sound of sleigh bells coming closer. Oh my, December 25 is 60 days away...

From next week until early January, we revel in the glorious time of year - the holidays! While gathering and celebrating with family and friends tops the list of things you will do, there is that "other" list you will have to deal with: the gift list. Relax. This is where the Rhode Island PBS Holiday Sale comes in.

The Rhode Island PBS Holiday Sale blends bounty with bargains from Tuesday, November 13 through Friday, November 16 at our studios at 50 Park Lane in Providence. As a smart shopper, you can harvest the savings on one-of-a-kind and limited quantity items offered at a fraction of retail value. New items will be added daily. Proceeds from the sale benefit the programming fund of WSBE's two channels, Rhode Island PBS (over-the-air digital channel 36.1) and Learn (over-the-air digital channel 36.2). That's win-win-win by any measure: give great gifts, save money, and support local public television station. 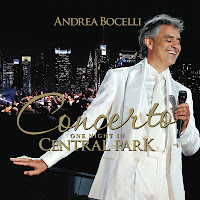 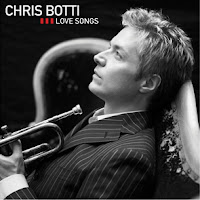 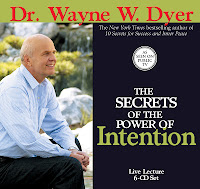 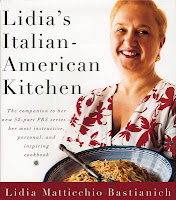 Plus, there is a fine selection of that favorite problem-solving present – gift certificates – good for local merchants' goods and services: 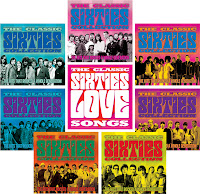 There's much more and (this bears repeating) new items will be added daily.

Rhode Island PBS studios are located at 50 Park Lane in Providence on the Cranston line. Cash, checks, and all major credit cards (VISA, MasterCard, AMEX, and Discover) are accepted.

Behind the Scenes: Discovering Treasures in the Rhode Island PBS Holiday Sale 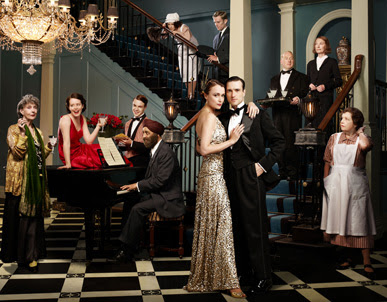 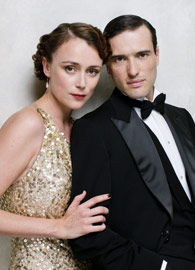 Rhode Island PBS brings you yet another high quality period drama, Upstairs Downstairs, on Friday nights at 9 on Masterpiece Classic. On October 26, we air the entire three hours of the first season from 2010. The new six-hour season for 2012, continues the story and airs in two-hour segments on November 2, 9 and 16.

Here is a synopsis of each season: 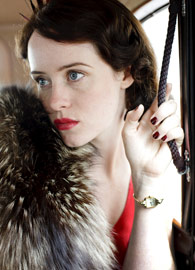 It's 1936, and 165 Eaton Place sees its first stirrings of life after years of neglect when the house's new master, Sir Hallam Holland, and his wife, Lady Agnes, cross the threshold. Though dust shrouds every surface, Lady Agnes is stirred to proclaim, "This house is going to see such life!" And with relish, she sets about an extravagant restoration and enlists the help of a staffing agency and its owner, former longtime 165 Eaton Place housemaid, Rose Buck. Rose brings her cherished memories and high standards to the project, assembling a motley staff ranging from seasoned snobs to fledgling teens. Upstairs, the unexpected arrival of Hallam's mother, Lady Maud — returning from India with a Sikh secretary and a monkey in tow — introduces both eccentricity and tension as she interferes with Agnes's management of the house. Somewhat in over her head in her new position, Agnes is further tested upon the arrival of her devil-may-care younger sister, Lady Persie. 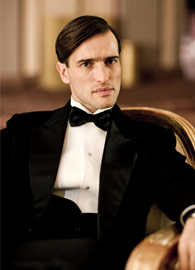 Season Two
In the year before WWII, 165 Eaton Place reopens its doors and welcomes viewers back into the lives of its inhabitants, upstairs and down. Lady Agnes and Sir Hallam’s family is now complete with the addition of two small children, but Sir Hallam is drawn into dangerous waters by his preoccupation with the threat of Nazi Germany and the return of troubled Lady Persie. Lady Agnes catches the eye of charismatic American multi-millionaire Casper Landry, and Sir Hallam’s aunt, Dr. Blanche Mottershead, has made herself comfortable in the house after Lady Maud’s death. Meanwhile, life downstairs adjusts to the absence of Rose and the addition of the spirited new nursery maid, Beryl. With upstairs and downstairs harboring life-changing secrets, and the menace of war creeping ever closer, the smooth running of Eaton Place threatens to come to a halt. 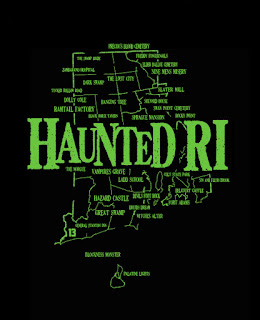 Since the premiere of its first episode in the spring of 2011, Haunted RI has taken audiences to some well-known and some unfamiliar legendary Rhode Island sites of reported paranormal activity. Rhode Island PBS is pleased to introduce the third episode on Wednesday, October 24. The spooky night begins at 8 P.M. with the original Haunted RI, followed by Haunted RI: The Legends of Dolly Cole at 9 P.M., then the premiere of Haunted RI 3 at 10 P.M.

In the third chapter, director Jason Mayoh expands on the story initially explored in episode one: the possibility that the vampire legend of Mercy Brown may have influenced Bram Stoker, author of Dracula. They also visit the gravesite of Sarah Tillinghast, whose vampire legend pre-dates Mercy Brown's story by a hundred years.

The Haunted RI crew also walks in the footsteps of Native American spirits and demons at Devil's Foot Rock in North Kingstown. An interview with Dr. Michael Bell exposes not just the legend and its variations, but his successful work to preserve the historic site from destruction by development.

The first episode of Haunted RI has quickly become a fan favorite. The team visits the Exeter grave site of Mercy Brown, Rhode Island's "last vampire." Then, it's north to the woods of Foster to Ramtail Mill, site of decades of reports of strange lights and sounds after the mysterious death in 1822 of the night watchman, Peleg Walker. Joining the investigation and filmmaking team of Brian Harnois, Jason Mayoh, and Christian White are the storytellers Dr. Michael Bell, Thomas D'Agostino, Keith Johnson, and Rory Raven.

In episode two, the team returns the dense forests that line Tucker Hollow Road and Ramtail Road in Foster to sort out The Legends of Dolly Cole, in the company of Andrew Lake and Thomas D'Agostino. Of all the reports of hauntings by dead mill workers and plague victims, no name has earned itself more prominence – and confusion – than that of Dolly Cole. She was a witch, a vampire, a murdered prostitute who dressed in men's clothing... She lost her daughter – or maybe it was a son – in a fire set by neighbors afraid of this Witch of Foster. She was murdered in the woods at age 27; she drowned in the stream near her house; she is the “Woman in White” seen by hunters, fishermen, and local residents for decades, most of whom are reluctant to speak of their experiences above a whisper.

Haunted RI - it's where history meets mystery, the historical greets the hysterical. It's fun, surprising, informative - and brought to you exclusively by WSBE Rhode Island PBS. See for yourself. You know you want to look... 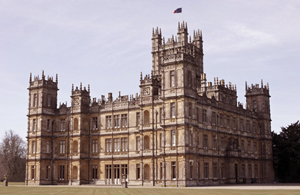 In the popular Emmy® Award-winning Masterpiece series Downton Abbey, the opulent estate plays such a prominent and integral role in the story, it becomes a character itself. Rhode Island PBS and Collette Vacations have collaborated to customize a trip of a lifetime for fans of the series and friends of Rhode Island PBS to visit the real life Downton Abbey: Highclere Castle. The visit is a special addition to the British Landscapes tour through England, Scotland, and Wales.

The Rhode Island PBS trip departs on the 11th of September 2013 and returns on the 21st. The 11-day excursion includes 15 meals (9 breakfasts and 6 dinners), round-trip airfare from Logan International Airport, air taxes, fees and surcharges, hotel accommodations, and transfers.

Travelers have several options to get more information about the itinerary:

Travel planning professionals from Collette Vacations will be at the Rhode Island PBS studios on Thursday, 24 October 2012 to present a slide show, distribute informative pamphlets, and answer questions during this meeting.
3) Q & A Webinar
Monday, 29 October 2012 at 6:30 P.M.

4) Travel planning professionals at Collette Vacations are also prepared to answer questions at any time by telephone at 877-872-4331. 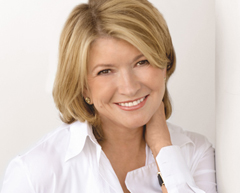 Using her signature step-by-step, how-to teaching process, she illustrates the building blocks of recipes everyone should know (from roasting to poaching to braising and blanching). Every episode will feature Martha's tips and tricks, inspiring and educating home cooks everywhere. 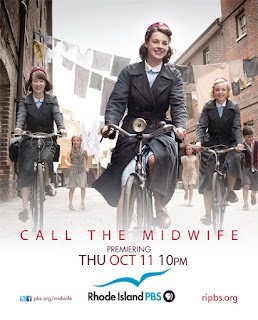 When newly trained midwife Jenny Lee arrives in 1957 London’s East End, she quickly discovers her living and working conditions are different from anything she has ever encountered. How will Jenny adjust to her new career in a community of colorful characters?

Call the Midwife is a moving and intimate insight into the colorful world of midwifery and family life in 1950s East London.

We discover the eclectic, poverty-riddled community through the eyes of young nurse Jenny Lee as she arrives at Nonnatus House to live and work as a midwife with an order of nuns. As Jenny comes to terms with her new life, we meet some phenomenal people who prove that their warmth, resilience, and determination are to be admired beyond measure.

At the heart of this world are the Sisters of St. Raymond Nonnatus who have been active in the East End as Anglican nursing nuns since the beginning of the 20th century. The Sisters and the midwives of Nonnatus House carry out many nursing duties across the community.

However, with between 80 and 100 babies being born each month in Poplar alone, their primary work is to help bring safe childbirth to women in the area and to look after their countless newborns.

Call the Midwife airs for six Thursdays on Rhode Island PBS at 10 P.M., beginning on October 11. Watch the preview clip below, but please disregard the national air date.

Presidential Debate Analysis on A Lively Experiment (10/7 at noon) 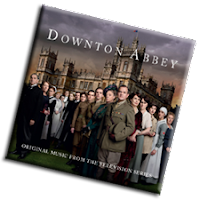 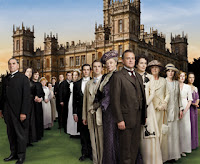