Here is what is on the table for A Lively Experiment this week. Air dates and times follow the description.

Tune in tonight for THE PRINCIPAL STORY at 8 PM, followed by Kelley McGee's interview with RIDE Commissioner Deborah Gist, plus discussion with four RI principals in RHODE ISLAND'S SCHOOLS: WHERE WE STAND at 9 PM.

Jacques Pepin in Newport this weekend

Award-winning chef Jacques Pepin is being honored this weekend during the Newport Mansions Wine & Food Festival. WSBE Rhode Island PBS will have a display table at the Grand Tastings at Marble House on Saturday and Sunday (noon to 4 PM). If you're attending the event, please make it a point to stop our table and say hello.

This morning's Providence Journal has a nice article by food editor Gail Ciampa about Jacques Pepin and his visit to Rhode Island this weekend.

What's Up This Week on A LIVELY EXPERIMENT on WSBE RI PBS (Sun, 9/20 at noon)

• Former President Jimmy Carter’s claim that criticism of President Obama is fueled by racism.
• Vote in Congress to shut off federal funds to ACORN
• Talk of new leadership in the House of Representatives as the General Assembly prepares to reconvene. 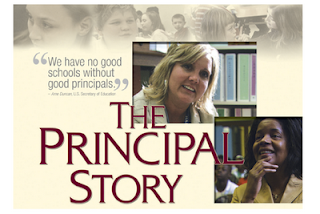 THE JEWISH AMERICANS (8 PM), a three-part documentary series written and directed by the Emmy Award-winning filmmaker David Grubin, examines the struggle of a tiny minority to make its way into the American mainstream. While the story of Jewish life in America is emblematic of the American immigrant story, it is also a unique story of ongoing discrimination and stereotyping, coupled with some of the most remarkable accomplishments in American history, the arts, commerce, science and academia.


"It’s a joy to hear the beauty and feel the cultural richness of Kitka & Davka in Concert, an attractively composed presentation of old and new Jewish music. While the production is obviously lifted by the power and depth of the music, it’s the skill of the filmmaker and production team that brings the experience to life..."

OK, so it's not exactly the right time of year, but the story is so timeless and delightful, we want to share it with you again.

With all the wonderful chaos of preparing for a large gathering of extended family, The Gefilte Fish Chronicles honors the rich tradition of Pesach (Passover) with an intimate and candid look at the Dubroff family preparing for Seder. But don't be misled - no matter what your heritage is, you will find your own family members among these charming and feisty storytellers.

Led by the three surviving sisters, Sophie Patasnik, Peppy Barer, and Rosie Groman, traditional preparations are made for the Seder at Peppy's home in Newburgh, NY. Six weeks before the Seder they shop and chop, taste and season. Using recipes nearly a century old, they begin to put together the gefilte fish, cholent, horse radish, and sponge cake.

The Gefilte Fish Chronicles in a funny, touching, and universally familiar story of love, of tradition, and of generational family unity - and it's reality television the way it should be. This is a loving, living photo album. 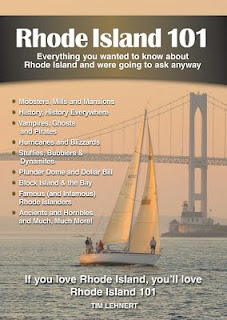 Author Tim Lenhert will be in our studios to talk about his fascinating fact-packed and trivia-filled book, "RHODE ISLAND 101." It's 248 pages of (according to the book's subtitle) "Everything you wanted to know about Rhode Island and were going to ask anyway."

From Narragansett Bay, Roger Williams, the American Industrial Revolution and the Independent Man to the New England mob, the Big Blue Bug, the Newport Mansions, Family Guy and profiles of Buddy Cianci, H.P. Lovecraft and the Farrelly brothers, no book provides a more insightful lowdown on the Ocean State than Rhode Island 101. No book is more fun!

Tune in, starting at 7:30 P.M. And, of course, enjoy "Celebrating Molly Sugden" and "Keeping Up Appearances QE2"!

Do your little ones love PBS Kids shows?