Rhode Island is unique in its richly diverse religious community. Perhaps it's not so surprising, considering religious freedom was the basis on which Roger Williams founded the new colony.

On January 24, Rhode Island PBS sponsored an interfaith conference at the Center for Nonviolence and Peace Studies at the University of Rhode Island Multicultural Center in Kingston. The conversation continues.

Later this week and next, Rhode Island PBS presents a thought-provoking two-part documentary entitled PRAYER IN AMERICA. The documentary project enlisted academic advisors with expertise in a variety of faith traditions and historical perspectives to examine this important issue in-depth for the first time. In the short span of two hours (part 1 at 8 PM on Thursday, February 21; part 2 at 8 PM on Thursday, February 28), the documentary covers the history how prayer has shaped the American experience, and how America as a nation has impacted prayer and prayer practices, from crisis to forgiveness, from social justice to civil religion.

Hour one of PRAYER IN AMERICA will air on Thursday, February 21 at 8 PM, followed by the local discussion at 9 PM. The host of both local discussions is Marc Joel Levitt, and his guests for part 1 will be The Reverend Doctor Donald Anderson, Imam Farid Ansari, Rabbi Marc Jagolinzer, former Buddhist monk and community activist Pich Choen, and Narragansett tribal elder Paula Dove Jennings. 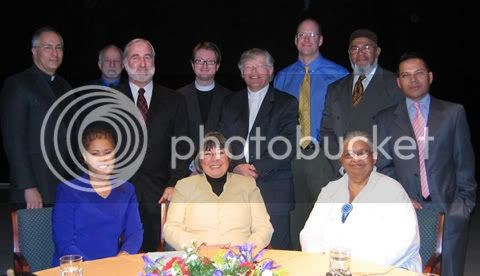 Production of the local programs is part of an extensive national outreach effort funded by the John Templeton Foundation, and administered through Los Angeles-based Outreach Extensions. Like the film, the outreach campaign is multi-faith in its perspectives and designed to engage and involve the public in a greater discussion of the issues raised in the film. Visit http://www.prayerinamerica.org/ for clips and information.

You are invited to share with us your thoughts and comments about PRAYER IN AMERICA.
What are your own faith traditions?
What is the role of prayer in your own life?

Posted by WSBE Rhode Island PBS at 7:30 AM

No, the sky isn't falling.

But if you haven't bought a TV set recently and you receive your television signal over-the-air only (with perhaps a little help from "rabbit ears" or a rooftop antenna), you might think the sky has fallen one year from now when your TV stops working.

Because older TVs receive what are called "analog" signals, and the federal government has mandated that all full-power TV stations must stop transmitting analog signals on February 17, 2009. Forever.

"What? Did you say 'No TV'?"
That depends. Most Rhode Island PBS viewers will not notice any difference because they already subscribe to digital cable or satellite services. However, if you receive your signal over-the-air on an older TV set, you will be affected by the transition and will need to take action to continue watching television.

All public television channels, including digital channels, will continue to be available free of charge to all Americans. But you must have a way to receive the digital signal.

Can I continue to use the TV set I have now?

Sure, but not without making some changes.

Rhode Island PBS is not here to sell new televisions, or to advocate for subscription television services. We are here to provide you with basic information and point you to resources to help you make the best decision for you and your family.

If you subscribe to cable or satellite, chances are very good your access to broadcast channels will not change. Please check your billing statements or contact your television service provider to be sure the equipment in your home meets the digital television standard.

The conversion will impact you if you currently rely only on over-the-air signal on an analog television and a "rabbit ears" or rooftop antenna. Consider also whether you have a second television that is not connected to your cable or satellite service, because it, too, will be affected.
If you depend on over-the-air analog signal to watch television, you have these options:

Any of these options will ensure that over-the-air television viewers will continue to receive a picture, but the costs vary with each option.
Whatever you decide, you have until February 17, 2009, to prepare for the digital transition. After that date, you will no longer be able to view your over-the-air broadcasts on your analog TV.

What if I do nothing?
*How can I get a low-cost converter box?
In order to help consumers with the digital transition mandated by the Federal Communications Commission (FCC), the federal government has created a coupon program that will reduce the cost of buying a digital converter box. The coupons (limited to two per household, and available in limited supply) are valued at $40 each, and will be redeemable at select retailers. Some converter boxes will offer enhanced features, but please note that only approved converters are eligible for the Coupon Program. Approved model numbers, locations of retail stores, and other information you need to choose the right converter box will come with your coupon. Also, although you should order your coupon(s) now, coupons will only be mailed when the converters are available in stores in our area.

To learn more about the coupon program, including how and when to request and redeem your coupons, please visit Digital-to-Analog Converter Box Coupon Program. Consumers may also call a toll-free number, 1-888-388-2009 (1-888-DTV-2009). You can also download the fact sheet from the National Telecommunications and Information Administration:
For more information on the digital transition
And if you have any questions, feel free to ask them here!