It's one of the station's best events. The food is phenomenal, the variety of wines is amazing, and the fun is... over the top. Technically, it's our annual wine auction, but it really is a wine event - "An Evening Uncorked!"

The image to the left is our publicity materials for this year - a quick way to convey what the event is about. When I considered how to describe the event, I was surprised to find the right words on both ends of the scale - not quite opposite, but certainly in high contrast to each other.

The event really is at the same time elegant and casual (we all put on nice clothes but we don't put on airs), intimate and sociable (we sit at tables in small groups, but there's so much mingling all night) , epicurean and philanthropic (the foods and wines stoke our gustatory pleasure - which is pretty self-focused - but we gather to generously raise money for Rhode Island PBS).

For this, our eighth consecutive year, we return on October 3rd to the site of the original wine event: the historic Roger Williams Park Casino. This stately historic mansion is a lovely setting for this event, and it's nice to be back.

Tickets are $100 per person (table of 10 for $900) and include an elaborate wine tasting reception at 6, featuring international and domestic wines, and passed hors d'oeuvres; formal gourmet dinner and dessert at 7:30, and wine with dinner.

During the reception, browse the silent auction of collectible wines, bar and beverage gifts and accessories... and always a few tempting surprises. After dinner, the live auction introduces a variety of rare and fine wines, and unique dining and entertainment packages.

Here's a small sample of the offerings:

Visit our Web site (www.ripbs.org) to see other items - even place a proxy bid if you can't attend!

* * * * *
Have you attended An Evening Uncorked in the past? Have any stories or memories you wish to share?

Rhode Island's Schools: Where We Stand

In 1995, ’s college graduation rate was first in the world. Ten years later, it ranked 15th. As so many nations around the world continue to improve their systems of education, can no longer afford to maintain the status quo. In an ever-changing, increasingly competitive global economy, is the United States doing all it can to prepare its students to win jobs and maintain a robust economy?

What about the state of education in our own state? With 39 cities and towns, and almost as many independent school districts, how do 's trends in public education differ from national trends, and how are they the same? What's working, what isn't, and why? What innovations are being considered to improve student retention and graduation rates? More important than raising numbers, what is being done to ensure that the quality of preparation adequately equips our children with the skills and knowledge they need to succeed in college and in the workplace?

These questions and more will be addressed in the WSBE Rhode Island PBS production, RHODE ISLAND'S SCHOOLS: WHERE WE STAND. The 30-minute program, hosted by Paul Zangari, airs tonight, Thursday, September 25, at 9 PM, after broadcast of the national documentary, WHERE WE STAND: AMERICA’S SCHOOLS IN THE 21ST CENTURY at 8 PM. 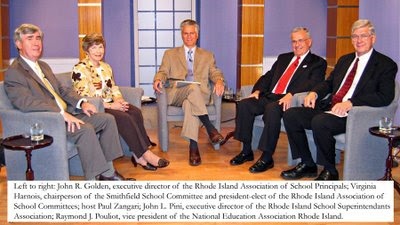 On the national scene, WHERE WE STAND: America’s Schools in the 21st Century presents a frank evaluation of our educational system’s strengths and weaknesses. Hosted by Judy Woodruff, senior correspondent for The NewsHour with Jim Lehrer, the documentary will visit schools throughout , an important swing state that represents a range of socioeconomic and geographic school districts. The program features schools in urban , suburban , and rural Belpre. 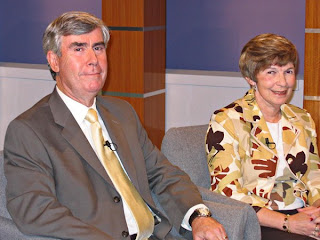 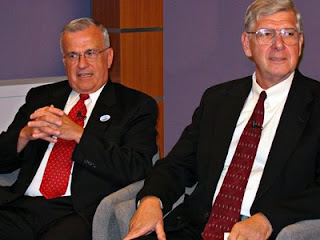 As for the local discussion, the half hour flew by during taping last week, and even seemed to end abruptly, leaving so much more to discuss. The panelists - each offering excellent perspectives and insights - seemed to feel it, too; they were just getting warmed up by wrap-up.

Look for more from this panel in a future program. We barely scratched the surface of this ongoing topic, and they all agreed to come back again.

In fact, what do you think about a quarterly report on Rhode Island schools? Sort of a televised report card?

A FATHER'S JOURNEY TO IRAQ at Latin Film Festival

When Warwick resident Pablo Mijares decided to visit his soldier son in Iraq, Pablo packed up his video and still cameras, and took off on an adventure other parents of military personnel can only imagine.

Both as a producer-director at WSBE Rhode Island PBS and as a still photographer, Pablo Mijares chronicled his visit to the Iraqi war zone in a unique media journal, "A Father's Journey to Iraq." Originally aired on Rhode Island PBS as part of the New England Portrait series, this 30-minute piece features compelling and exclusive footage of sites and sights few civilians are permitted to see.

a new dimension to the story by screening the production, NEW ENGLAND PORTRAIT: A FATHER'S JOURNEY

TO IRAQ, twice this week.

The second screening is on Saturday, September 27 beginning at 8 p.m., and the RISD Auditorium, 17 Canal Street, in Downtown Providence. 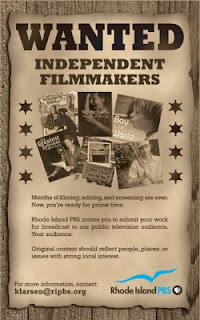 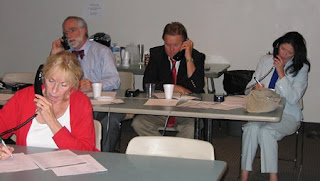 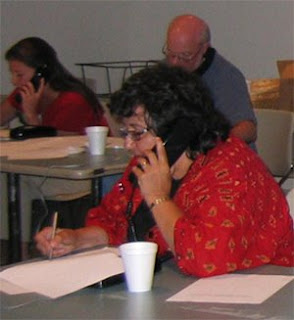