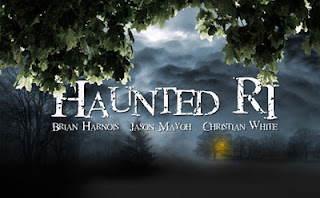 No tricks, just treats this week leading up to Halloween on WSBE Rhode Island PBS!

Night owls will love A Cemetery Special at 4 A.M. overnight tonight (technically tomorrow) Thursday, October 27, or 2 A.M. on Saturday October 29. The rest of you can watch it at more civilized hour at 10 P.M. tomorrow night, Thursday, October 27. A Cemetery Special takes a look at graves, monuments, family plots, sculpture, and the way cemeteries interconnect with many aspects of modern American culture. Traveling from Key West to central Alaska, the program features examples of burial grounds as special sites where history and art are preserved, where flowers and trees can be important attractions, where people make pilgrimages to the final resting places of the famous and the familial, and where old and new traditions often combine in fascinating ways. The documentary is by Rick Seback - the same artistic mind that has delighted us for years with such quirky but charming documentaries as Sandwiches You Will Like, An Ice Cream Show, Great Old Amusement Parks, and A Flea Market Documentary.

On Sunday night at 10, we encore Haunted RI, the darkumentary that explores the vampire legend of Mercy Lena Brown in Exeter, and visits Ramtail Factory in Foster.

On Halloween night, October 31, tuck the kiddies into bed after a fun-filled and safe evening of trick or treating, and tune in for your own treat: Haunted RI airs at 8 P.M.

Powering the Future: Your Comments 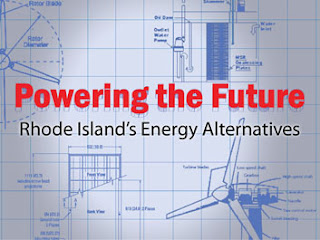 Do you have comments about Powering the Future: Rhode Island's Energy Alternatives?

Have your energy use habits changed? If so, how?Why?

Your comments are welcome about the program in particular, or more general topics of energy conservation, the environment, "green" technologies, wind, solar, water, biofuel, nuclear, or traditional energy sources, advantages or unintended consequences of the new technologies and products.

Click here to go back to the Web site for Powering the Future: Rhode Island's Energy Alternatives.