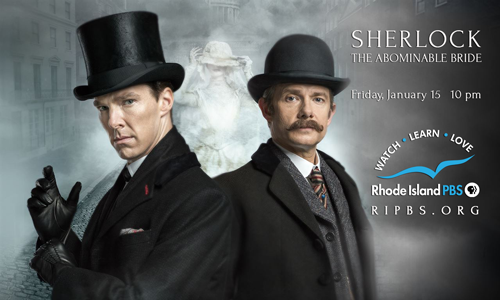 Hold on to your deerstalker cap - a brand new Sherlock makes its way to the BIG SCREEN as well as your own home screen in January.
Sherlock Holmes (Benedict Cumberbatch) and John Watson (Martin Freeman) are going back in time. The 90-minute special titled, Sherlock: The Abominable Bride, sends the two friends back to 1895 London. The duo must track down Thomas Ricoletti's ex-wife, a killer ghost still dressed in her wedding gown.


This special marks the return of Sherlock following a two-year hiatus. The series has always been set in present day, but for this special episode, characters are depicted in Victorian England. Watch the trailer for Sherlock: The Abominable Bride below.