Keep the Tissues Handy for 'Call the Midwife' Holiday Special 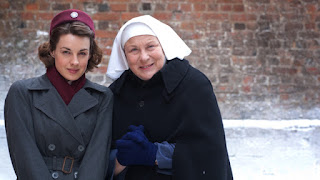 Rhode Island PBS airs a special holiday episode of the critically acclaimed British drama Call the Midwife on Tuesday, January 8 at 10 p.m., with rebroadcast on Friday, January 11 at 1 p.m.

In this special, Nurse Jenny Lee and newly married Chummy are hard at work during their first Christmas in Nonnatus House. As nurses and nuns minister to an abandoned newborn and search for the mother, and Jenny tries to find the children of an elderly vagrant, Chummy plans an ambitious nativity play. In true Chummy fashion, mishaps ensue. 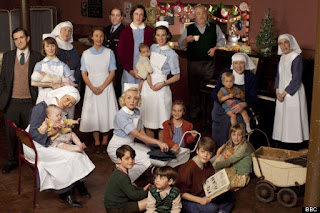 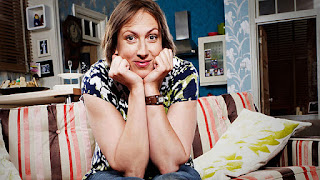 Miranda Hart (Call the Midwife) in her own series! If you like Chummy in Call the Midwife, check out her own comedy series, Miranda, on Tuesday nights at 9:30 p.m. on Rhode Island PBS. It doesn't matter what Miranda attempts in life, whether it's dating or simply dealing with her overbearing mother, she always seems to fall flat, quite literally.

For information about Miranda and to view clips, visit the BBC Web site.