I, Claudius Returns After 36 Years 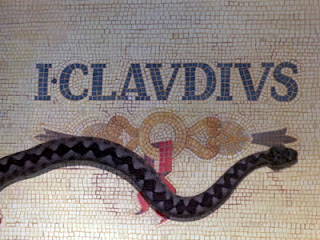 The history of the Roman Empire as experienced by one of its rulers is the BBC Television adaptation of Robert Graves's I, Claudius and Claudius the God. Written by Jack Pulman, it proved one of the BBC's most successful serial dramas of all time.

I, Claudius follows the history of Rome, narrated by the elderly Claudius, from the death of Marcellus, nephew and son-in-law of Augustus, in the first episode to Claudius' own death in the last. The series opens with Augustus, the emperor of Rome, attempting to find an heir, and his wife, Livia, plotting to elevate her own son Tiberius to this position. The plotting and double-crossing continue for many decades, through the conspiracy of Sejanus and the rule of the lunatic emperor Caligula. Underestimated as an idiot because of a stutter and a limp, Claudius cleverly survived the treachery around him by exaggerating his ailments, eventually rising to power himself.

I, Claudius will make its Rhode Island PBS prime time premiere on January 3 at 10 p.m.