The High Kings will perform on Saturday, March 19 at 8 p.m. at Sapinsley Hall in the John Nazarian Center for the Performing Arts on the Rhode Island College campus, 600 Mount Pleasant Avenue, Providence. 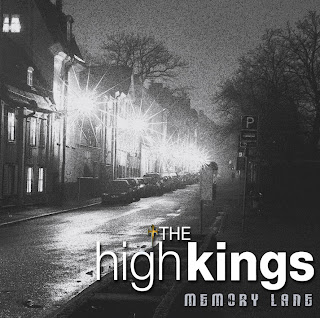 This message comes to us from New York:

The High Kings, those handsome young Irishmen whose vibrant take on rock and folk drew attention to their self-titled 2008 debut, return to the US in March with a new album and tour. Memory Lane (due March 8th on Ard Ri Entertainment/EMI Music) arrives on our shores just in time for St. Patrick’s Day celebrations. The group can count Billy Joel and Steve Martin as fans, as well as the million-plus viewers who have watched their “Rocky Road To Dublin” on YouTube. It's not surprising, given the group’s phenomenal live performances where band members play upwards of 13 instruments amidst rousing – and at times heartrending – harmonies.

When Memory Lane was released in Ireland last year, it made #5 on the Irish Music chart and quickly reached double platinum sales amidst four sell-out Irish tours. The High Kings have been named “Best Folk Group” for three years running by the Irish Music Awards. 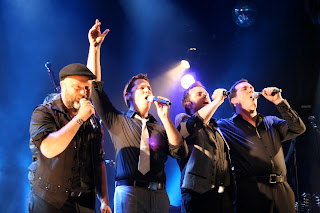 Much like their music, the members of The High Kings are made up of equal parts pop and traditional backgrounds. Darren Holden starred in over 1000 performances of Billy Joel’s production, 'Movin' Out', and toured as part of Joel’s own band; Finbarr Clancy is a scion of Irish music’s legendary Clancy family; Martin Furey is the son of the 'prince of pipers' Finbar Furey; and Brian Dunphy is the son of showband legend Sean Dunphy.