Orchards in the Ocean State: Apple Growing in Rhode Island 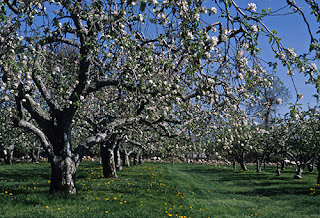 Orchards in the Ocean State: Apple Growing in Rhode Island notes the continued success of Rhode Island farmers in a business that is inherently risky and fraught with economic uncertainty. Growers have had to balance the traditional approaches handed down to them from their parents and grandparents with the realities of today’s business climate.

Rhode Island PBS premieres the film on Sunday, September 29 at 6 p.m. as part of its ongoing series, Rhode Island Stories.

Orchards in the Ocean State follows apple growers over a ten-year period to show how this historically significant way of life in Rhode Island - which seemed on the brink of extinction a few short years ago - has managed to survive and thrive. The film, produced by Alexander Caserta, showcases how Rhode Island farmers respond to changing technology and markets with resourceful adaptation. 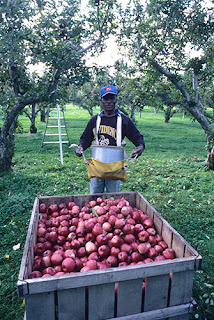 For the past several years, Americans have been turning away from highly processed foods in favor of fresh whole foods picked when they are ripe, tasty, and at peak nutritional value. Informed consumers are buying produce from farmers markets and local produce stands, and availing themselves of seasonal pick-your-own opportunities. Consumers who are aware of the issues facing local farmers choose to support them because they realize that keeping the farms viable means preserving the rural character and open space of much of our state. Moreover, consumers realize that supporting local growers helps the economy of the entire state.

These shifts in consumer and farming trends combine to help local fruit growers remain in business and prosper. For the first time in decades, their children and grandchildren are confident that they can carry on the family business.