Island Nurse: The Heart and Health of Block Island 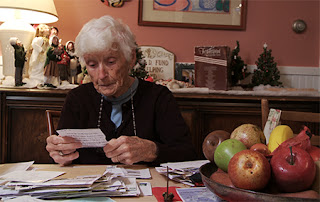 After more than 54 years of nursing, Mary Donnelly - or 'Mary D' as she is fondly called - finally hung up her stethoscope and put away the thermometer and bandages for the last time in May 2013 when she retired from state public health service at age 86.

Mary D raised seven children while also looking after some 1,000 year-round Block Island residents, sometimes as the sole health provider on the island. Mary D is the guardian angel of the Mary D. Fund, a charitable foundation to help her Block Island neighbors in their seasonal need. Her story demonstrates her rare brand of stamina, courage, and compassion.


“Mary D. represents the best of nursing and the best of humanity,” said director and producer, Sue Hagedorn, also a nurse and part-time Islander. 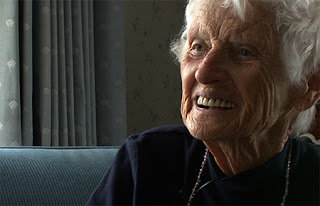 Island Nurse, a documentary profile of Mary D by filmmaker Susan Hagedorn and Seedworks Films, includes some of Block Island's history and residents' personal stories of resilience and survival on Block Island.