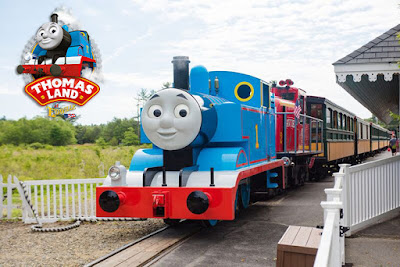 Rhode Island PBS and Edaville USA invite all families to the beautiful park for a weekend of fun, 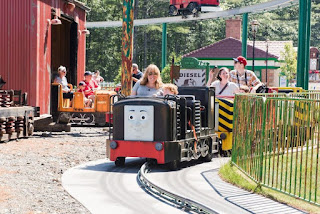 Everyone is welcome for a great weekend where the park will be sensory friendly. Edaville will be turning down the music and quieting down the dinosaurs so all guests can join in the fun and have a wonderful time together. 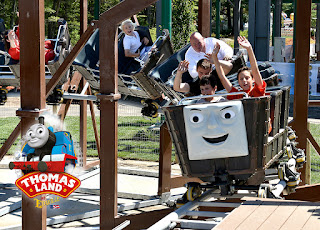 To make this event even more outstanding, Edaville USA will be hosting a Touch-A-Truck event with some truly amazing vehicles.

Be sure to stop by the Rhode Island PBS Kids Club booth for stickers and other fun stuff on Saturday, September 17 from 10 a.m. to 2 p.m. 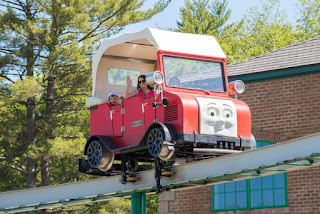 Rhode Island PBS has a limited number of family four-packs of tickets* (valued at $148) as a very special "thank you" to new members who join Rhode Island PBS at the $75 level.

Current members are entitled to a special member discount.* CLICK HERE to get your "secret code" for Thomas Land tickets.

*Free and discount tickets are good anytime during regular park operations, and are not limited to Autism Weekend.

About Thomas Land at Edaville USA
Set in the lush New England landscape of Carver, MA, Thomas Land at Edaville USA covers 11.5 acres and features 11 rides based on Thomas & Friends™ and the Island of Sodor. Attractions include a 20-minute scenic train ride on a life-sized Thomas the Tank Engine™ and theme park favorites like a roller coaster, drop tower, Ferris wheeland much more. All of the rides and attractions feature beloved characters such as Thomas, Percy, Diesel, Toby, Cranky the Crane, Harold the Helicopter, and more favorites. Guests can also visit familiar destinations like Tidmouth Sheds, Knapford Station, and Brendam Docks. For more information, visit www.edaville.com/thomasland.

Meet Remarkable FarmHers Near and Far 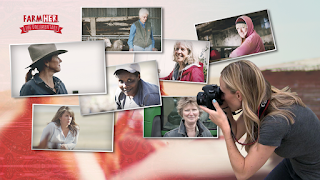 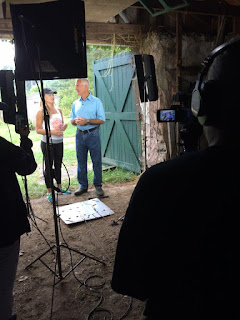 FarmHer the Documentary follows seven women farmers and ranchers from around the country and discusses what it’s like to be a woman doing what is typically thought of as a man’s work. The women vary in age, ethnicity, and the type of farming or ranching they do. The FarmHers include a produce farmer and a row-crop farmer from Iowa, a sheep rancher from Montana, a dairy farmer from Wisconsin, a goat rancher and an urban farmer from Texas and a cattle rancher and exporter from Florida. These hard-working women all share an enthusiasm for their chosen lifestyles.

Rhode Island PBS recently visited with a local FarmHer, Amanda Rubio at Magaziner Farm in Bristol, to get a local FarmHer's perspective on a career in agriculture. Magaziner Community Farm is worked by a group called Yogis Feed the Hungry, a network of local yoga studios, and grows produce for the Rhode Island Community Food Bank. In breaks during FarmHer the Documentary on September 5, we will show video segments of our visit with Amanda. 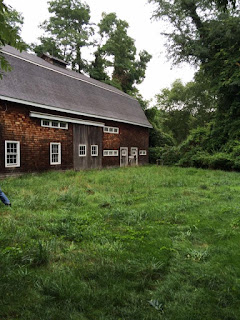 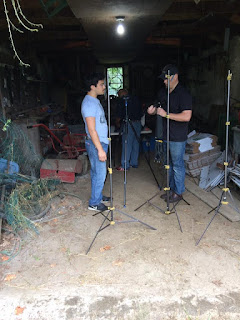 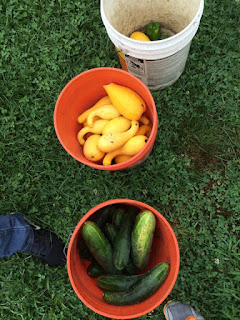 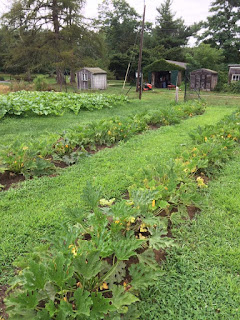 Earlier this summer, neighbors in West Warwick became storytellers and filmmakers to capture the stories they wanted to tell in Our Town: West Warwick. These stories have been woven together into a visual tapestry of nostalgia, humor, enterprise, history, even a surprise or two, all representing life in West Warwick through the eyes of those who know and love it. West Warwick residents and friends involved in the production will be in the studio to share their experiences working on the project. Volunteers will also answer phones during this fund raising special to benefit Rhode Island PBS.

Among the stories that will appear in the film is a segment about “The Divide” that occurred in 1913, when the struggle between a strong Republican leadership in Warwick and a group of Democratic businessmen in West Warwick resulted in a “revolt” of sorts, led by a prominent mill owner.

“The Mills” were the cornerstone of life in West Warwick in the early 1900s, providing income, housing, and fulfilling the American dream for many different immigrant populations. This segment describes the relationship between the families and the mills that were the foundation for the town of West Warwick. 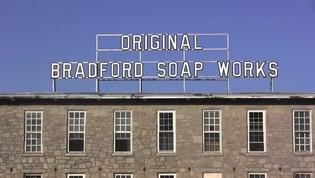 “Bradford Soap Works” is the world's largest custom manufacturer of specialty bar soap, and one of the oldest manufacturers in operation in Rhode Island. The segment visits the history of this Original Bradford Soap Works, founded in 1876, and still manufacturing soap today from their granite mill building in West Warwick on the banks of the Pawtuxet River.

“St. James Church” delves into one family’s history with the church from its early years to the day the Catholic church closed its doors. In the 1900s, churches formed the centerpiece of immigrant community life, the site for prayer services, for schooling, and for social gatherings that united families. 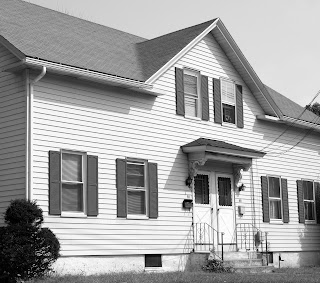 “The House on Maple” features excerpts of a book by the same title, written by life-long West Warwick resident, Edna Butler Holdsworth. In the segment, Edna’s descendants read excerpts from her book, sharing what it was like to grow up as the daughter of immigrant mill workers in the heart of a West Warwick mill community.

“The Railroad” recounts the connection generations of one West Warwick family had to the railroad. West Warwick was on the main railroad corridor for the Northeast region, making it a great job for local residents. Describing a typical day, the segment explores different jobs railroad workers might have, and the type of living the railroad provided to families, as the town’s second main source of income.

“Hometown Hero” profiles George Luz. He was a typical West Warwick resident who grew up in a family of 12 during the depression, working as a shoe-shine boy and sign boy for the town shops, doing anything he could to help his family put food on the table. In 1942, Luz joined the Army’s Airborne division and headed off to fight for his country. Luz’s unit landed in Normandy and became well known for their actions in WWII. Upon his return, Luz and his unit became the subject of a book, and eventually the HBO mini-series, Band of Brothers. 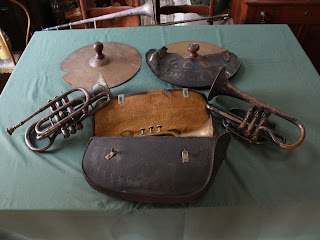 “Union Cornet Band” may have been called the main entertainment for the town of West Warwick in the early 1900s. A group of town residents shared their love for music by playing at dozens of community and private events. A family member of one of the band’s original members provides a unique look into the history of the band, and displays some of the original instruments and costumes of the Union Cornet Band.

“The Jaycees” profiles the leadership group that has helped build self-esteem and leadership skills in West Warwick’s young men, as well as provide the community with a group of volunteers to help make West Warwick a better place. This segment also traces how the Jaycees were instrumental in bringing a central library system to town, spearheading the fundraising effort that made construction possible.

“A Central Library” takes a look at how the current library system in West Warwick was established, born from several smaller libraries throughout the mill communities. The segment also reviews how the library has changed over the years, in preparation for its 50th anniversary. 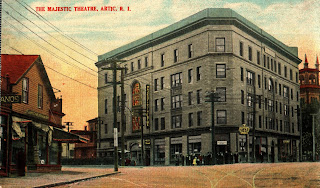 “Theater and Arctic” explores the role theater played in the town’s early history. The main theatre in the Arctic section of West Warwick has deep roots in the town, but has also evolved and survived while some of the other businesses have not.

“Historical Society” takes a look back at how the West Warwick group got started.

“Community: Then and Now” celebrates the resiliency and unifying community spirit of town residents, despite the changes to West Warwick over time. 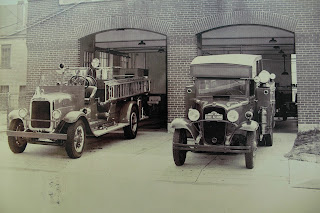 The purpose of Our Town is to share the charm and character of Rhode Island towns and villages - in particular, untold or uncelebrated stories that capture the essence of life in the town. Building community by enhancing connections and relationships between Rhode Island PBS and town residents, the stories are told by resident storytellers and videographers, who choose the stories they want to tell about their town. The role of Rhode Island PBS is to offer technical advice and then stitch together the stories into a one-hour film. Next in the series will be Our Town: Westerly, now in production and set to premiere in December.

Posted by WSBE Rhode Island PBS at 6:51 AM

Posted by WSBE Rhode Island PBS at 6:30 AM

Convention Wrap-Up and 38 Studios Fall-Out, Next on A Lively Experiment (8/5/16)