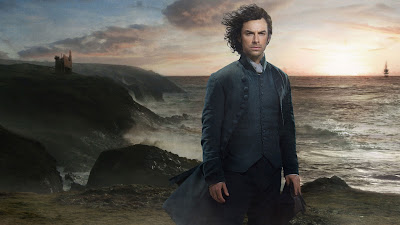 Almost 40 years ago, Captain Ross Poldark galloped across the TV screens of millions of PBS viewers, vexing villains and winning female hearts in one of MASTERPIECE's earliest hit series, Poldark. Now the gallant captain rides again, allowing a new generation to delight in the exploits of an unconventional romantic hero.

Aidan Turner (The Hobbit) stars as Ross Poldark, a redcoat who returns to Cornwall after the American Revolutionary War to discover that his father is dead, his lands are ruined, and his true love is about to marry his first cousin. Also starring is Eleanor Tomlinson (Death Comes to Pemberley) as the fiery servant Demelza, a strong-willed miner's daughter who runs away from home and finds refuge in Poldark's enlightened household. 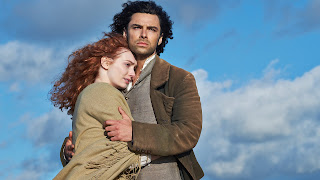 Poldark is based on a beloved series of novels by Winston Graham. The first, Ross Poldark, was published in 1945; the last, Bella Poldark, appeared in 2002, the year before Graham's death. All twelve are subtitled A Novel of Cornwall and trace the fortunes of a landed, mine-owning family in windswept Cornwall.