In April: Local and National Community Conversations about Cancer

The television program will start with screening selected segments from the Ken Burns film Cancer: The Emperor of All Maladies. Local experts then take a deeper look and connect this world issue to our local community in a panel discussion that includes tobacco use, smoking cessation, lung cancer, and the rising costs of health care. We'll also take questions from the audience.

You are invited to be in the studio audience from 7 p.m. - 9 p.m. Arrive at 7 p.m. for light refreshments and light conversation with our panelists and show host, Margie O'Brien. At 7:30, we move into the studio to prepare for live broadcast from 8 p.m. - 9 p.m.

This event is free and open to the public, but audience seating in the studio is limited. Advance registration is required.

The television special LUNG CANCER | a community conversation is part of 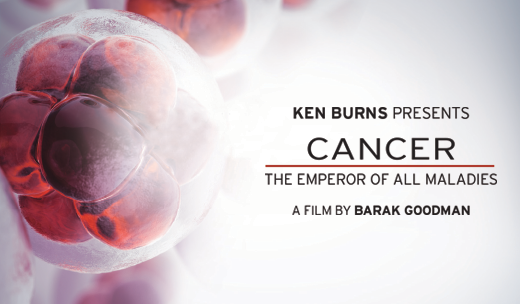 Watch the full Ken Burns film Cancer: The Emperor of All Maladies on three consecutive Thursdays at 9 p.m. on April 9, 16 and 23.

Extending the conversation, Rhode Island PBS presents additional programs about cancer and living with dignity in the face of terminal illness from 8 to 9 p.m. on April 16 and 30. This is the full schedulee of cancer program in April:

April 9
9 p.m. – Ken Burns Film Cancer: The Emperor of All Maladies, Part 1
Magic Bullets - The story of cancer and the efforts to find a cure begins with the work of cancer researcher Sidney Farber (1903-73), who, in the late 1940s, introduced the modern era of chemotherapy. Also: the contemporary story of a 14-month-old girl battling T-cell acute lymphoblastic leukemia. 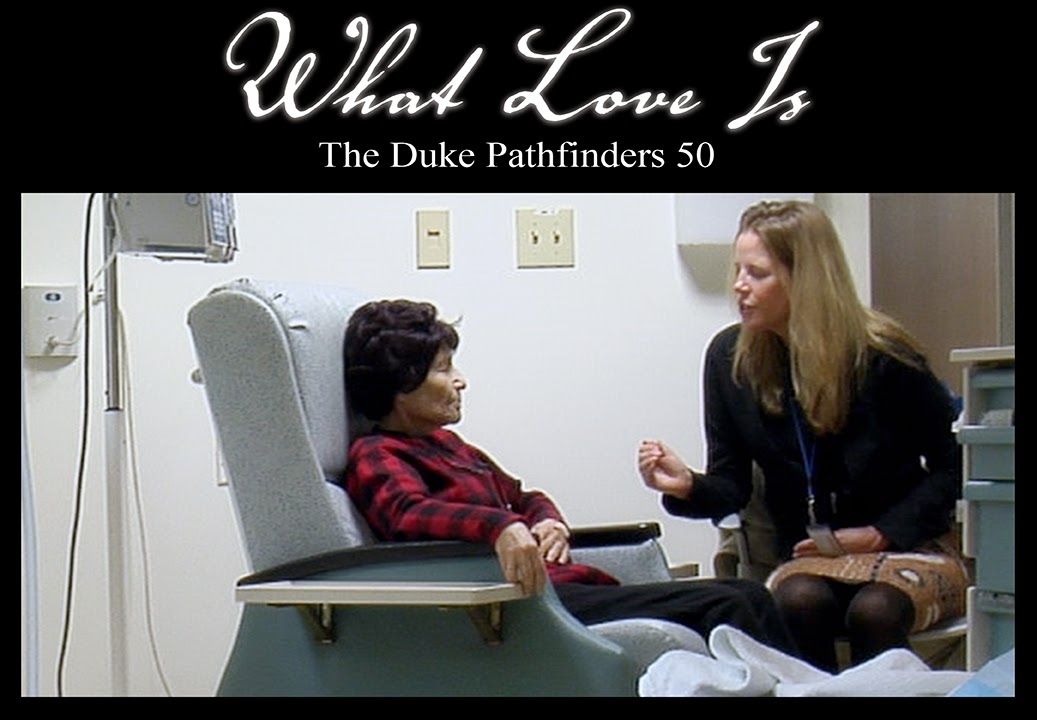 April 16
8 p.m. – What Love Is– The Duke Pathfinders 50
Fifty women from North Carolina with incurable breast cancer heroically endure an experimental medical protocol to prove that there is a better way of life -- and death -- for cancer patients and their families everywhere. Read more about the film here.
9 p.m. – Ken Burns Film Cancer: The Emperor of All Maladies, Part 2
The Blind Men and the Elephant - The launch of the "war on cancer" by President Nixon in 1971 is recalled. While rapid strides were made in understanding cancer, the research produced few advancements in treatment until the late 1990s. Also: the contemporary story of surgical oncologist Lori Wilson, who was diagnosed with invasive breast cancer in both breasts in 2013.

April 23
8 p.m. – LUNG CANCER | a community conversation
This Rhode Island PBS live broadcast features a local panel discussion focused on issues raised in the Ken Burns film Cancer: The Emperor of All Maladies, taped with a live studio audience.
9 p.m. – Ken Burns Film Cancer: The Emperor of All Maladies, Part 3
Finding the Achilles Heel - Optimism that the mystery of the malignant cell has been solved fades due to the layers of complexity and defenses of cancer, leading many to focus on prevention and early detection. However, by the 2010s, new avenues of attack are uncovered, including the possibility of harnessing the human immune system in the battle. Also: two pioneers of immunotherapy treatments, a 60-year-old melanoma patient and a 6-year-old leukemia patient, share their stories. 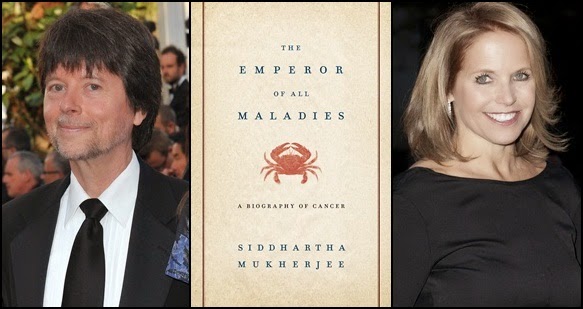 April 30
8 p.m. – Behind the Ribbon
“Our Heroes” looks at the role of physical appearance in breast cancer treatment and survivorship. Footage from the 2012 Survivor Fashion Show is featured. Behind the Ribbon is the title of an original nonfiction television series produced by the Gloria Gemma Breast Cancer Resource Foundation and Jai Consulting Group. These short documentaries feature the stories of patients, survivors, and those who have lost their lives to breast cancer - an illness that will affect one in six Rhode Island women.
8:30 p.m. – Living With Dignity
This Rhode Island PBS production explores the local perspective of strength and determination to find balance and happiness while facing a terminal illness.
9 p.m. – Cancer: A Conversation
A companion program to the three-part documentary Cancer: The Emperor of All Maladies, Katie Couric, co-founder of “Stand Up To Cancer,” extends the conversation when she interviews Ken Burns; Sharon Percy Rockefeller, President and CEO of WETA and a cancer survivor; and Dr. Siddhartha Mukherjee, Pulitzer Prize-winning author of the book upon which the film is based.