A Company of Heroes and Maggie's War Featured in April

In April, Rhode Island PBS is proud to present two documentaries by award-winning Rhode Island filmmaker Tim Gray: A Company of Heroes on April 22 at 10 p.m., and Maggie's War: A True Story of Courage on April 29 at 10 p.m. 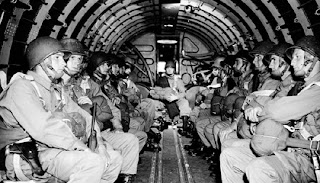 A Company of Heroes - Easy Company, the 2nd Battalion of the 506th Parachute Infantry Regiment of the 101st Airborne Division, widely known as the "Screaming Eagles," remains one of the most revered combat units in U.S. military history. The Army company's legendary exploits in World War II inspired Stephen Ambrose's book, Band of Brothers,and the Emmy®-winning HBO miniseries of the same name.

Following two years of hard training, the soldiers of Easy Company parachuted into Normandy on D-Day and, later, into Holland for Operation Market Garden. They fought their way through Belgium, France and Germany, survived overwhelming odds, liberated concentration camps, and drank a victory toast in April 1945 at Hitler's hideout in the Alps.

In 2009, 20 of the few remaining survivors from Easy Company shared their rarely told stories of sacrifice and courage for Marcus Brotherton's oral-history book project, We Who Are Alive and Remain: Untold Stories From the Band of Brothers. In A Company of Heroes, those same veterans — along with the families of three deceased others — recount the horrors and the victories, the bonds they made, the tears and blood they shed, and the friends they lost. 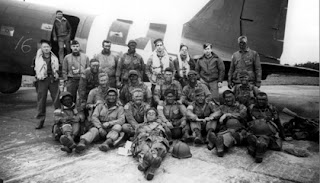 Maggie's War: A True Story of Courage  - James Megellas, affectionately known as "Maggie," led H-Company of the 504th Parachute Infantry Regiment through some of the most horrific battles and deadliest missions of World War II, including the Battle of Anzio, Operation Market Garden and the Battle of the Bulge.

Maggie's War chronicles the evolution of a citizen into a fearless platoon leader, and the transformation of a young man into the most highly decorated officer in the history of the famed 82nd Airborne Division.

Seven decades later, cameras follow Megellas, now a retired Lieutenant Colonel, on an emotional return to Europe with a small group of family, friends and 82nd Airborne veterans. Together they visit old battlefields and war memorials and encounter Dutch citizens still grateful for their sacrifice.