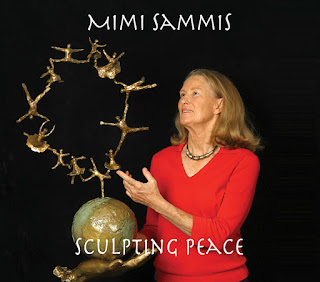 Mimi Sammis: Sculpting Peace traces the artist's journey over the last three decades, illustrated by archival footage of significant events in Mimi's career. Each piece of film exemplifies her impact on the world around her - and its impact on her - whether it is attending a peace rally, visiting a local school to discuss with students the importance of art, or installing one of her sculptures in a public space. Combining this archival footage with new video by award-winning Maine filmmaker Dylan Howard, Mimi Sammis: Sculpting Peace creates a comprehensive visual representation of Mimi's life, her philosophy, her sources of inspiration, and how it all comes together when she creates her expressive works.

Central to the documentary is the account of the theft in 2010 of Mimi's 300-pound bronze sculpture, Embrace of Life II, from Tiverton Four Corners in Rhode Island. The two thieves who stole the sculpture cut up the bronze and sold it for drugs. Mimi turned this devastating event into an opportunity to demonstrate forgiveness, peace, and new beginning: one year later, Mimi had created a new sculpture, titled Rebirth (Woman of Peace). During the unveiling ceremony, one of thieves of the original sculpture showed up. He told Mimi he was now sober and gave her a heartfelt apology. The two spoke at length about what rebirth truly means. 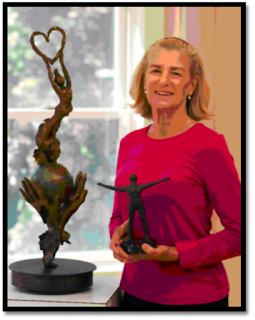 At the ceremony to film the dedication, and after experiencing the intense events of the day, Dylan Howard decided to create a full documentary celebrating Mimi's life and the mission she realizes through her sculpture.

Mimi Sammis: Sculpting Peace shows how art connects people and deepens self understanding, and shares Mimi's message that it is with desire that we achieve and create, and it is with love and intention that we succeed.

Mimi Sammis also has her own weekly television series, Mimi's Art Studio, in which she demonstrates fine art painting techniques in acrylics, watercolor, and pastels. Mimi draws her audience into the creative process, sharing with her audience her joy in art and in the world around us. Her informal, wise, and witty style has led viewers of the show to call her "the Julia Child of painting." The series started at Rhode Island PBS in 2005 and now airs nationally in 20 states. The show airs Sundays at 8 A.M. on WSBE Rhode Island PBS, digital 36.1 and cable channel 8.