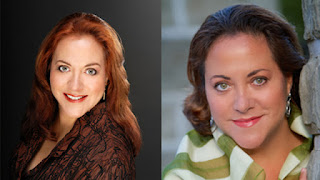 The independent local film, Dueling Double Divas: A Comic Micro-Opera, showcases the world premiere of the composition performed by New York Metropolitan Opera sopranos Lori Phillips and Mary Phillips during their recent appearance at Rhode Island College. This performance by the identical twins marks their first ever recital together.

Conceived and composed for the Phillips twins by pianist and Rhode Island College Artist-in-Residence Judith Lynn Stillman, the micro-opera is "an entire operatic tale told in 15 minutes."

"[The form] works well for the short attention span society," Stillman said. "If you're afraid of opera, this is a great way to get your feet wet."

Soprano Lori Phillips and mezzo-soprano Mary Phillips grew up in East Providence and are graduates of Rhode Island College. They have performed leading roles at The Metropolitan Opera. Judith Lynn Stillman is a world-renowned musician and holds Bachelor’s, Master’s and Doctoral degrees from The Juilliard School.

Another film showing performance of Stillman's original compositions airs January 17 at 6 p.m. Read about Phoenix from the Ashes here.