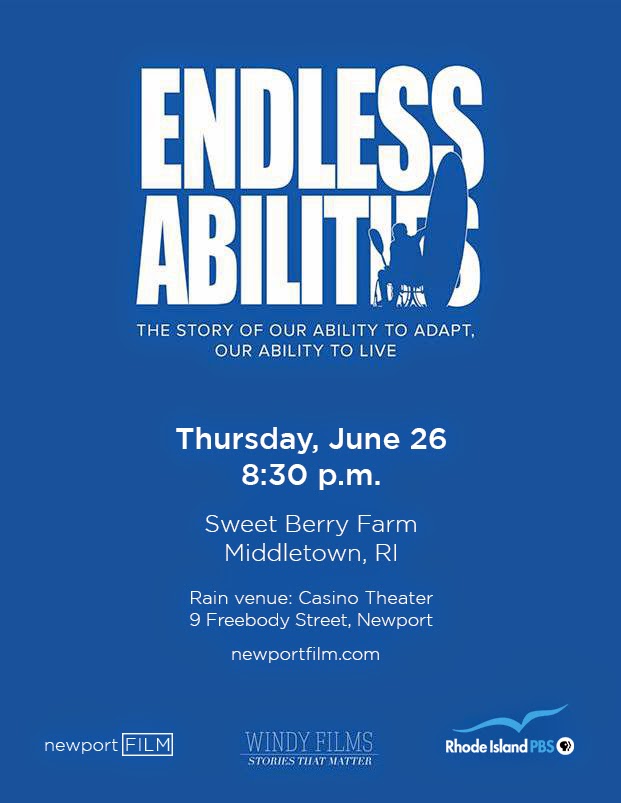 Rhode Island PBS and newportFILM are pleased to announce a collaboration that will present local
documentary films both at the year-round film festival and on WSBE Rhode Island PBS.

The first film, Endless Abilities, will be shown by newportFILM on Thursday, June 26 at the Casino Theater, 9 Freebody Street in Newport (changed from Sweet Berry Farm in Middletown due to rain forecast) at 8:30 p.m., and kicks off the new newportFILM Homegrown project. Endless Abilities will air on Rhode Island PBS on Thursday, August 7 at 9:30 p.m. as part of the ongoing local documentary series, Rhode Island Stories.

“We are truly thrilled to launch this project with Rhode Island PBS,” said Andrea van Beuren, founder and artistic director of newportFILM. “There is such an incredible abundance of homegrown talent in Rhode Island, and this project is a great way to bring attention to these films on both the big screen and the little screen.”

Endless Abilities, chronicles the cross country road trip adventure of Rhode Islanders Zachary Bastian, paralyzed nine years ago, and three of his best friends, Tripp Clemens, Will Humphrey, Harvey Burrell, as they search for adaptive sports for individuals with physical disabilities. The June 26 screening represents the film’s official US festival premiere. After the 90-minute screening, there will be a Q+A with filmmakers Tripp Clemens, Harvey Burrell, Will Humphrey, and Zach Bastian.