Rock Your Thursday Nights: Meet Me At The MET

After we announced it in March, it's finally here: Meet Me at The MET rocks Thursday nights at 10, starting October 3.

Each episode will feature performances by a wide variety of Rhode Island bands or bands with Rhode Island roots, captured live at The MET nightclub in Pawtucket, RI.

Forgive us for name-dropping, but you're going to love this range of performers: the Cowsills, Roomful of Blues, the Schemers, Rizzz, Brown Bird, Alec K. Redfearn and the Eyesores, Northern Lands, the Mallett Brothers, and Last Good Tooth. According to producers Nate Flynn and Rudy Cheeks, you could also see Joe Fletcher and the Wrong Reasons, Deer Tick, Low Anthem, Psychedelic Clown Car, Audio Revival and reunion shows by The Mundanes and Rubber Rodeo. Producers are also in touch with Tom Tom Club (Chris Frantz and Tina Weymouth from Talking Heads) about a tentative show for Meet Me at The MET.

The weekly series will feature live musical performances taped at The MET (located at Hope Artiste Village, 1005 Main Street in Pawtucket), as well as interviews with musicians and band members and, occasionally, even archival performance footage of some of the bands from years past. 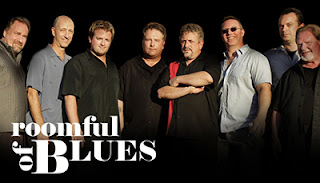 **UPDATE** Hot off the presses, we received confirmation of these acts for the first five shows:

Stay tuned for more information as it becomes available!