WSBE airs "41" and "They Walk Among Us" Marking 10th Anniversary

Ten years ago, on the night of February 20, 2003, hundreds of rock music fans gathered at a local club in West Warwick, RI, to hear a national band. But excitement turned to panic when indoor pyrotechnics ignited the club and the small building burned to the ground in a few minutes. The fire - one of the worst in United States history - claimed 100 lives, injured 200, and left a permanent scar on the larger Rhode Island community. 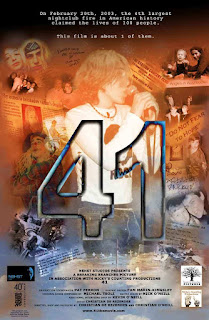 Marking the tenth anniversary of the devastating fire at The Station nightclub, WSBE Rhode Island PBS airs two films about the youngest victim, Nicholas "Nicky" O'Neill: 41 (Director's Cut) and They Walk Among Us.

41, a documentary by Christian de Rezendes and Christian O'Neill (Nicky O'Neill's older brother) airs Saturday, February 16 at 7 p.m. as part of Rhode Island Stories on Rhode Island PBS (36.1). It airs on the anniversary itself, February 20 at 8 p.m. on Learn (36.2). This extended Director's Cut includes additional footage and storytelling shown for the first time on Rhode Island PBS. 41 paints a portrait of Nicky's 18 years - packed full in so short a time with prolific writing, composing, acting... and an obsession with the number 41  But what makes the film so remarkable is the story after the story: what happened - and continues to happen - after the deadly fire took his life. Signs are everywhere that Nicky's spirit continues to move among his family and friends. Even strangers. 41 is a story of uplifting hope, insight, and comfort. And it may change the way you think about life and death. 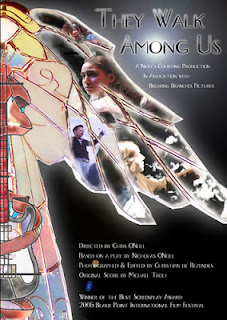 They Walk Among Us is the filmed stage performance of a one-act play written by Nicky O'Neill a year before the fire. Amazingly, the play tells the story of teenagers who have died and become angels, with one of the characters based on Nicky himself. A year after the manuscript was found, the play was performed by a group of dedicated friends and family members who had come together to present a work that has since become a local legend.

They Walk Among Us gives us a glimpse into the heart of a gifted young man whose time came much too soon, while also celebrating the spirit of a community joined together to share with the world a life-changing message of hope.

First released in 2005, this recent version of the film has been thoroughly re-edited, with a new opening sequence and a new original score by composer Michael Teoli. They Walk Among Us is directed by Christian O'Neill, filmed and edited by Christian De Rezendes, and produced by Dave Kane.