Beyond the Light Switch 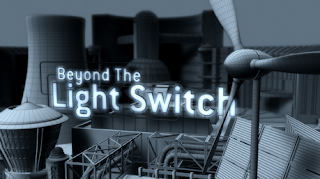 Comprehensive and timely, BEYOND THE LIGHT SWITCH adds a much-needed and balanced perspective to a national energy debate that will surely become more heated and more critical than anything since health care.

By 2050, America must completely transform its entire electrical infrastructure, a challenge equal to the mobilization efforts for World War II.

To do this, we must rebuild most of our existing electric power plant infrastructure, cut carbon dioxide emissions by 80%, and completely update our power grid – while simultaneously accommodating an expected thirty percent increase in demand. Our modern lives depend upon electricity. But what is the answer? Renewables? Coal? Natural gas? Nuclear? A super grid? It's a complicated and confusing issue for almost everyone.

Hosted by Scientific American Magazine's David Biello, and guided by an independent advisory panel, BEYOND THE LIGHT SWITCH lays out the energy facts and conundrums facing all of us.

Shot on location throughout the United States and featuring interviews with government leaders, industry experts, researchers, innovators, environmentalists, utilities, journalists and authors, BEYOND THE LIGHT SWITCH thoughtfully explores the trade-offs of carbon capture and storage, hydraulic fracturing for natural gas, a nuclear renaissance, the costs of solar power, the sprawl of wind power, and the feasibility of a super grid.